COVID-19 is having a devastating impact on the economy, forcing thousands of businesses to close and leaving millions of people out of work. But even before the coronavirus first arrived in South Africa, the country’s economy was in a recession – with high unemployment, low growth, rising delinquencies (on a corporate and consumer level), and the falling state of government debt.

“We went into this crisis already on our knees,” says entrepreneur and venture capitalist Vusi Thembekwayo. “We were not ready for a fight. We were on our last breath and now we’ve had the wind taken out us.”

The SME sector employs 47% of South Africa’s workforce. How can these vital businesses sustain themselves through the pandemic, and what resources are available for them to do so? Here are Vusi’s five practical tips for small businesses and entrepreneurs to help them survive COVID-19 and even thrive in what comes next.

1. Forget about the old rules

COVID-19 has had a devastating impact on the global markets, with capital drying up and it now being impossible to predict what the stock market will do from one day to the next. And even though Vusi has been in business for over fifteen years, he admits that he’s had to change his thinking in a way that he’s never had to before, and that this is new territory for all of us.

“We’re living in a different time to anything we’ve experienced in the past, and I think there’s almost a lack of the appreciation of the moment we’re in,” Vusi says. “The presumption that the previous methodology of how we did things needs to apply now is precisely what needs a rethink. So, if your business structure was built for a particular economy with a series of assumptions, that economy is no longer the case and those assumptions no longer hold. The only thing we can be sure of is that this is the new normal.”

2. Be essential to your customers

When deciding how best to adapt your business during COVID-19, it helps to think about how crucial your offering is. For example, it was interesting to note that the companies that could continue operating during the initial phases of the lockdown were those that provided essential services. And even though everyone would like to believe that the work they do is essential, this clearly isn’t the case (at least as far as the government is concerned). That’s why Vusi recommends that SMEs reconsider whether they are critical to their clients or if they’re just, to put it bluntly, optional ‘frills’.

“The way we advise businesses that we’re either invested in or that we put through our accelerator programs is to ask where they are on their client’s income statement,” Vusi explains. “If you’re in the ‘cost of goods sold’, then you’re critical because without you they have no goods to sell. But if you’re in the SGA [sales, general, and admin expenses] portion of the income statement, then you’re not critical because that’s what they’ll cut first. So, the opportunity for the pivot is to ask yourself: are you an essential service to your customer? If the answer is no, then you need to start rethinking your business model.”

“When we’ve had creditors call us, I’ve had to teach them a little bit about the value of time,” Vusi says. “If you’re not selling a simple product or service, you’re talking about a complex sales cycle of six to twelve months. Ask yourself: are you willing to forgo a relationship that you took a year to create because you’re going through a short-term crisis?”

As we move beyond the short-term uncertainty of COVID-19, SMEs can start thinking about strengthening their operations for the long-term. This means moving beyond the immediate money concerns.

“I started this firm with a great tutelage and support of Dr Richard Maponya, who was our chairman until he passed away this year,” Vusi says. “One of the key bits of insight from him was that money is usually only 20% of the problem; the other 80% comes from issues like technology, infrastructure, and so on. That’s why we began to build a support system to help the businesses we’re invested in. And almost every single one of the businesses that has either graduated from our accelerator programs or is still in our investment portfolio has said that the things we made them do – the things that they hated doing – is what’s kept them alive.”

5. Build systems for the future

An example of the previous point concerns a transport and logistics business that Vusi’s company got involved with a year and a half ago. It’s was run by a man in his late 60s, who co-managed it with his three sons. But even though they were generating over R60m a year, they had no pricing system at all. The owner would do all the costing manually, one client at a time.

“It took us twelve months to convince him to create what we call ‘the second brain’ in the business so that it could do the accounting, independent of him,” Vusi says. “But when I was on the phone with him recently he expressed how incredible it’s been to be able to click a button on the system and have everything done.”

Ultimately, the only way to be ready for the next crisis (and there will be another one, pandemic or otherwise) is to make sure this one makes you stronger.

“This moment is calling on all of us to look at ourselves – the way we think, the way we act, the way we buy, the way we add value – and think about how we bring that to the world,” Vusi says. “The question is: who will you be after this moment? You should be a better version of yourself.”

About Us
Kiteview Technologies (Pty) Ltd was founded in May 2010 to provide the Sage Evolution Business Management solution to the SME market. The management team of Kiteview have combined +30 years of experience in the delivery of small to mid-market Financial & Business Management solutions. This experience, combined with a sound project implementation methodology has helped in Kiteview’s growth, becoming a Platinum status partner for SAGE Pastel within just 1 year.

For An Obligation Free Quote

View Our Knowledge Base 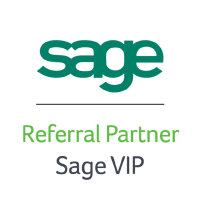